Historic Remnants in the Woods 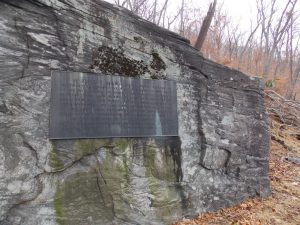 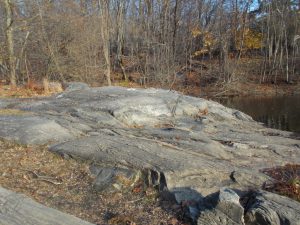 On the northern shore of the reservoir is a beautiful rock dedicated in 1984 to the Rev. Dr. Frederick Jenkins. While Pastor of the Irvington Presbyterian church from 1959-1984, he held Easter Sunday sunrise services overlooking the reservoir. 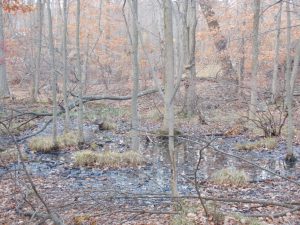 The largest remaining wetlands in southern Westchester, this area is home to many migratory and all-season resident birds, as well as a variety of turtles, reptiles and other water creatures 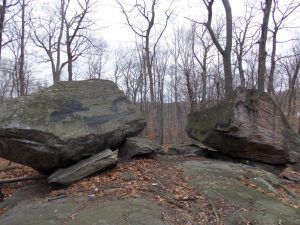 This striking glacial erratic was carried miles to its Irvington home by glacial ice. 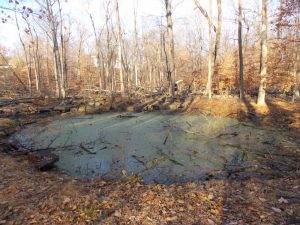 This man made pond is a part of the Barney Brook watershed. Ice Pond was used to harvest ice for storage in the icehouses on the nearby estates. Before refrigeration, the ice was needed to preserve perishable foods. 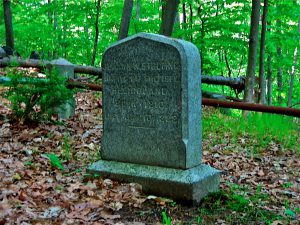 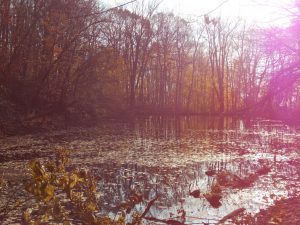 This man made pond is a part of the Barney Brook watershed.